The Proposal Of The Year 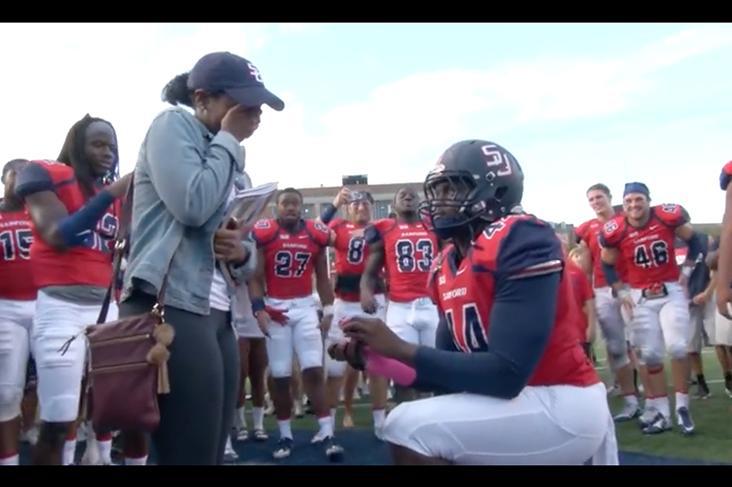 Since the beginning days of music making, humans have dedicated untold numbers of songs to the humanity’s most precious emotion: love.

So it stands to reason that you can probably find a song that fits perfectly with your own romance.

For Deion Pierre, the song that perfectly summed up the love he feels is “Thinking Out Loud” by British singer/songwriter Ed Sheeran.

It was to that song and surrounded by the Samford University Football team, of which he is a junior linebacker, that Deion got down on one knee and asked his longtime girlfriend, Jasmine Henderson, to become his wife. 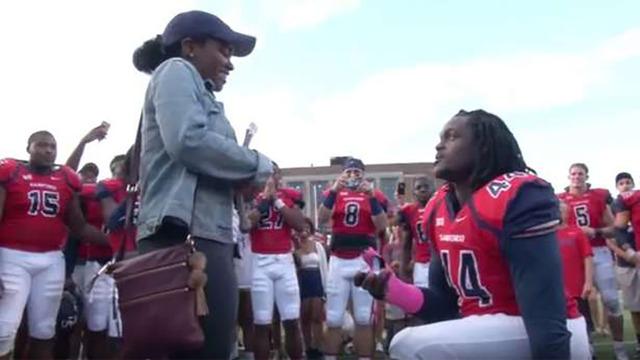 (Photo: He asked an important question that she was more than happy to answer. )

Offering roses as they filed onto the field, Deion’s fellow team mates helped to serenade Jasmine and broke into triumphant celebration when she eagerly and tearfully agreed to marry Deion.

As the couple embrace, chants of “She said yes! She said yes!” surrounded the newly engaged couple.

The video was filmed the same day as a Samford’s victory over an opposing team that was made possible when Deion returned an interception for a touchdown.

The wins on the football field, both athletic and romantic, moved Deion to declare that he won twice that day. 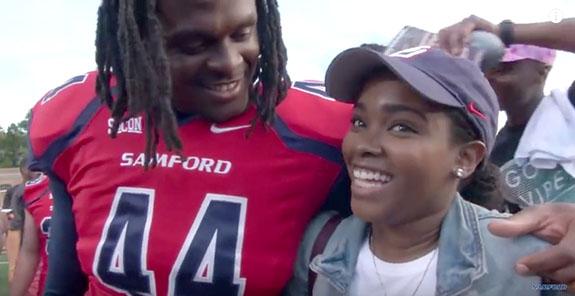 (Photo: We think they both won this one. )

The incredible moment caught on film quickly went viral on several sources, proving that love is truly a universal feeling.

If we are lucky enough to experience love, we must grab it and celebrate it just the way Deion did with his love for Jasmine, his fiancé and soon to be wife.

No matter what the future has in store for the two, if they allow love to be freely given and received, they will be without regrets.

And, at the very least, they already know what song they will dance to first as husband and wife. 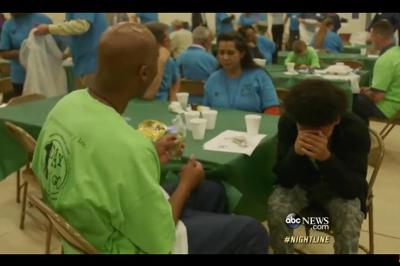 One Day With God

Imprisoned fathers and their children reunite for one incredible day. 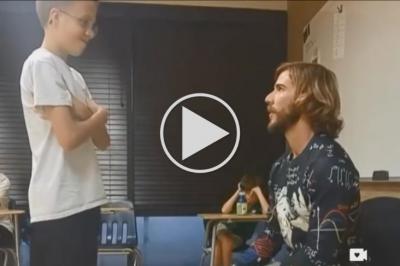 You Can Say That Again

Your words have the power to change how people feel. 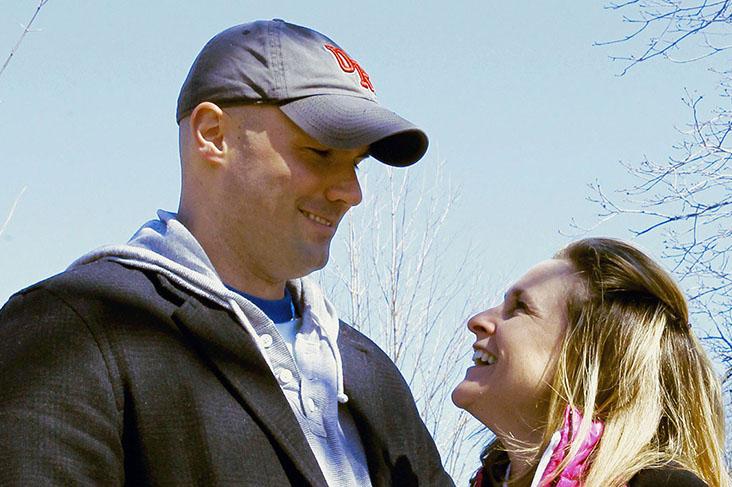 From Hero To Husband