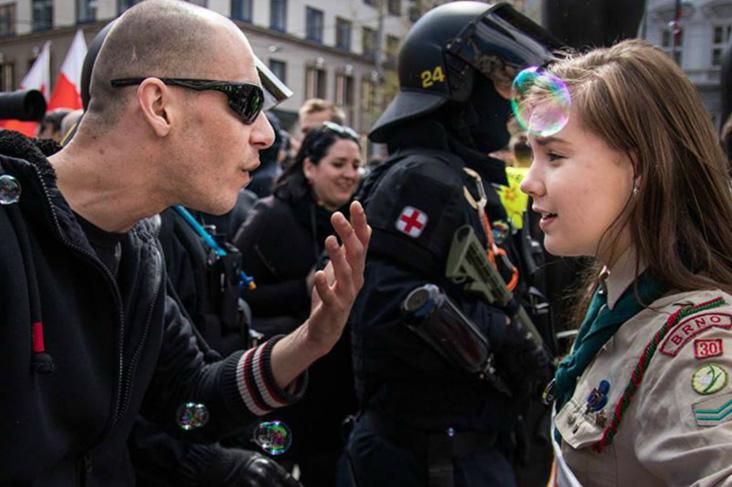 Thanks to the far reaches of the internet, we now more than ever are able to be spectators to all sorts of incredible things. Of all the funny, surprising, and unbelievable events that go viral, the most remarkable ones are those that convey heartwarming tales of love, strength, and bravery.

It’s for that reason that a post featuring a courageous girl scout has captured the world’s attention. Originating from a protest in the Czech Republic, the post features an incredible image of perseverance and explains what happened when a group of aggressive Neo-Nazis met with peaceful protesters.

At this demonstration, the aggressors used hateful slurs and rhetoric in an attempt to ignite a riot, but they weren’t met with the same ugly hostility they threw out.

What they got instead was a calm response from a Girl Scout named Lucie.

Lucie was demonstrating for peace and diversity with the rest of her troop when the group of Neo-Nazis showed up. She was understandably upset by their behavior, but instead of responding with the same venom they used, she attempted to engage them in an honest and respectful dialogue.

Her attempts to speak rationally with one of the men was captured in a photograph and posted online. While Lucie remained restrained and respectful, she also let it be known that their hate and pessimism had no place there. 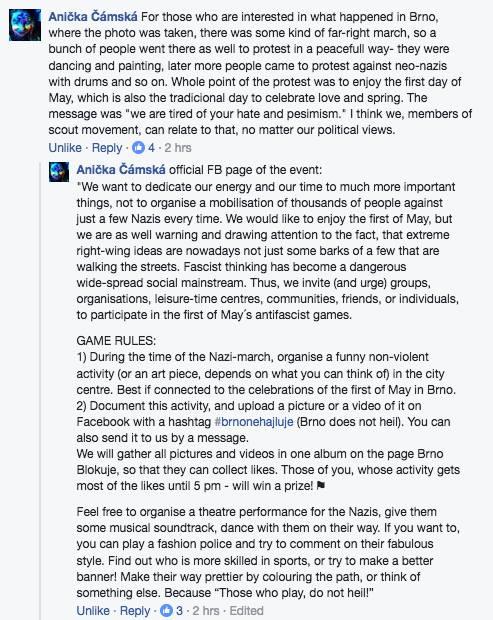 Lucie’s actions are an example of how we can gracefully stand our ground without sinking to the level of our would-be oppressors. In the middle of a heated conflict, it’s very easy to submit to anger and lash out, but that approach only creates more issues.

Instead, we must use stories like Lacie’s to help us understand that courage can come from anywhere and that bravery doesn’t have to follow a battle cry when a gracious conversation can accomplish so much more. 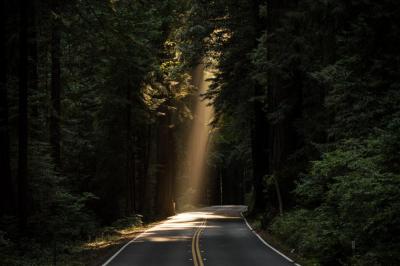 Driving Out The Dark

There is always a way out. 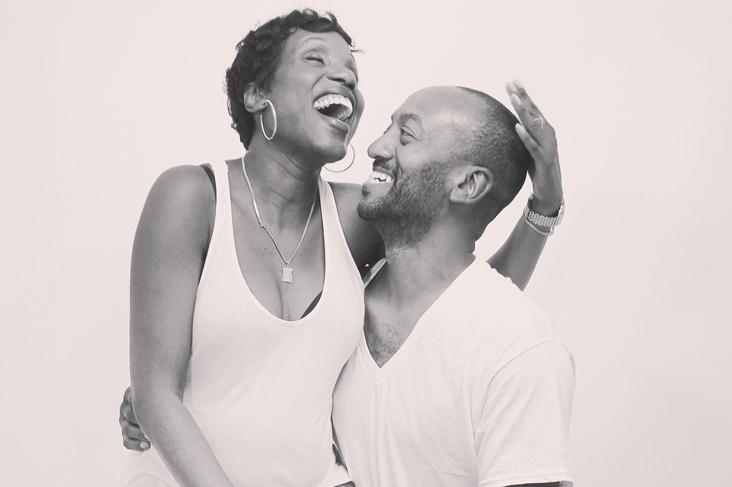 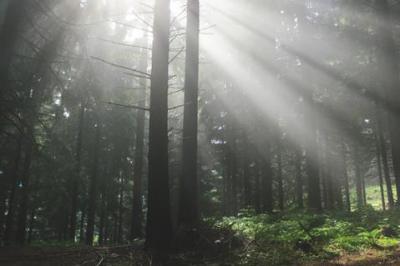 You Are Going To Get Through This

Remember your strength. It never left you.